Just added to your cart

The Essentials for Digestive Health

This simple fact that gut (digestive) health is a vital pillar of our well-being is why it deserves great attention! This is a topic I cover extensively in the 'Infinity Health Manual', but below I'm going to break down the 'why' and then the 'how' (for optimizing this foundational part of your health) in the quickest and simplest terms possible. Awesome digestive health in five minutes - here we go!

As we know, for optimal health, the body needs plant foods—fruits and vegetables, along with the right grains and healthy fats, too. We also know it means cutting out processed sugar and flour, and cutting back on the large amounts of animal protein - especially the wrong kinds. For example, we’ve talked in my past articles about how weakening to the digestive system wheat flour can be, yet is so prevalent in even the foods labeled as 'natural'. Just to put it into perspective of how much a change is currently needed, the average American gets half of his or her calories from flour and sugar! Animal protein, the close second, doesn’t do the digestive system any favors either. If the above foods are regular parts of your diet then there are a few lesser-known facts about diet and the digestive system that you should become familiar with that may just sway your palate.

The hard-to-digest foods we’ve identified (especially animal protein and flour) have a tendency, over time, to accumulate in the gastrointestinal tract, slowing things down, allowing toxins more opportunity to be absorbed through the intestines back into the body. This also interferes with the body’s ability to soak up beneficial nutrients.

One especially unappealing consequence of a poor diet is internal parasites and the wrong bacteria. These are more common than we like to believe. We all have them, to some degree. The most common is a yeast fungus called candida which thrives on processed sugar and flour. Alcohol, too. Candida weakens the walls of the intestines, often creating food sensitivities. Along with removing the foods that candida thrives on, I recommend doing battle against candida from time to time with foods and herbs that are known to kill it. Raw garlic is a classic one. To be effective however, it has to be truly raw, unheated garlic. Chewing raw garlic can be painful for the tongue, but dicing it up very finely to be washed down with a glass of water will spare you from having to chew it. Parasites hate raw garlic. And there’s a whole host of similar parasite fighting superfoods and herbs that can be found in the supplement section of any store. Some of these are included in Infinity Greens since it's largely focused toward building a strong digestive system.

The good news is, once strong and balanced, your digestive system can keep candida and other parasites at bay. Remember that a digestive system in a weakened state leads to an unhealthy internal chemistry which, in turn, weakens the whole body. It weakens your very life force. Not to mention your immune system.

Here's another big one to consider – the digestive tract is where the majority of serotonin is created in the body. Serotonin is what has a direct impact on our mood. That alone is reason enough to maintain a healthy digestive system. It’s worth stating again: digestive health is a pillar of overall health.

What and 'How' You Eat

Some raw vegetables, however, aren’t always easy to digest. While raw veggies aren’t foods that accumulate in the gastrointestinal system, they can make it work hard. The presence of cellulose in the coarser, more rigid vegetables (like kale, chard, collard greens, and broccoli) makes them harder to digest when raw versus when cooked. Striking the balance is about mixing it up. Note - you probably remember my philosophy about tossing these mentioned greens into the blender along with lemon juice and olive oil which breaks down the cellulose! Raw, easy to digest, and chlorophyll—score! Give my kale sauce a try which you can find on my recipes page! It’s a favorite of many.

Cooked or not, it’s important to chew your food thoroughly. Ever notice how fast many people eat these days? Much of the world is in a hurry. But chewing is phase one of digestion, and it’s super important. There are digestive enzymes in your saliva that begin breaking down food before it’s even swallowed. Take your time when you eat. You’ll get more taste out of your food, and you’ll make things a lot easier on your digestive system.

Flax and chia seeds are an amazing source of soluble fiber, superior alternatives to other fiber supplements like psyllium husk. Both of these seeds lubricate the gastrointestinal system perfectly. Either grind them up in a blender or soak them in water for maximum effect. Sprouted, raw flaxseed crackers are a great product, but the less adulterated products are always better. Also soaking your other nuts and seeds in water overnight offers great benefit. When nuts, like almonds for example, are soaked they actually release natural preservatives. These preservatives are what protect nuts in nature, giving them a chance to sprout and grow before they are broken down by bacteria and insects. This is why soaking nuts and seeds will make a big difference in the digestibility. This is the purpose of the Infinity nuts and seeds that are referred to as “sprouted.” The brilliance is, once dehydrated they have a nice crispness that makes them a really delicious food.

Speaking of taking breaks from poor nutritional habits, many people do cleanses from time to time. This will include fasts for days and even longer as a way to detox, although some do it for spiritual reasons, too. The idea is to cleanse the body of toxins that have built up, especially in the gastrointestinal system. I wouldn’t necessarily advocate a heroic detoxifying cleanse for everyone, but I wouldn’t recommend against it, either. It’s fascinating how the body will truly cleanse itself if it’s allowed the chance to do so. However, my recommendation is to have the more 'cleansing diet' indefinitely, making the fasting cleanses unnecessary.

If you are interested in a cleanse, the way to do it is by going on a liquid diet exclusively. Juicing fresh green foods (not pre-bottled products) can be good for such a cleanse, but I’m a bigger fan of smoothies, the advantage being that you’re getting the whole food including the cleansing soluble fiber that comes with it. It’s true that juicing gives the digestive system a break while still providing the nutrients, but so does blended food, especially if you’re using a high-power blender which really breaks things down. A quality blender can be money well spent.

But more to the point, like I mentioned, I’d simply recommend a diet that is cleansing in general. Even just a few days after removing meat, too many dairy products, sugar, and foods with flour, you’ll likely be able to sense an unusually large amount of toxic funk leaving your body. Not to say that it’s necessarily going to feel good during that period. For a few days you may feel a sensation of a hangover since an increased volume of toxins is moving through the bloodstream to be excreted through the gastro-system. Chlorophyll from green food, nature’s purifier of blood, is an important ally here. After a cleanse such as this, you might just decide to leave the less-than-healthy things out of your diet all the time, naturally gravitating towards the healthy—cleansing—foods.

Besides a cleansing diet, another essential part of strengthening your internal chemistry is with healthy bacteria. Unhealthy intestinal bacteria have become a common theme with the prevalence of modern junk foods. The right kind of bacteria supports digestion among other things in the body. When healthy bacteria settle in to the gastrointestinal tract, they also become 'defenders', greatly enhancing your immune system. A brilliant natural source of healthy bacteria is raw sauerkraut. Kombucha tea, a fizzy, fermented beverage offers probiotics too, but a minus is they also have sugar. I do think having a small amount is ok, though. Probiotic supplements can play a major role, too. These include bacterial blends of acidophilus, bifidus, and lactobacillus.

Interestingly, before the days of probiotic supplements we got our healthy intestinal bacteria from the small amount of dirt on raw veggies coming right out of the garden. This is still possible if you have your own garden but not from the produce at your local store since the probiotic-rich dirt has already been rinsed off. Enzymes from raw fruits and vegetables for breaking these foods down for proper digestion are also important. Enzyme supplements can be useful but aren’t for everyone due to their blood thinning effect.

Naturally, water also plays a role in digestive health. For now, suffice it to say that many of us are walking around slightly dehydrated most of the time. It’s no coincidence that many of us are also walking around slightly constipated most of the time, too. Drink water! Ideally, do the majority of hydrating through the day and less with meals. Hydrating during meals does slightly dilute your digestive enzymes. At the very least, try to avoid cold drinks with food. While cold drinks during mealtime is a common theme, they do in fact dampen your digestion.

Exercise is another factor

Regular exercise keeps things moving, helping you stay regular. It also helps build your core strength which is important in maintaining your internal structure. One of the lesser-known consequences of obesity is that the internal organs have a tendency to not sit quite right, often getting squeezed and scrunched by the fat that’s built up around them. There’s simply less room in the gut resulting in a slowing-down of the food moving through the intestines.

The importance of a healthy gastrointestinal system cannot be emphasized enough. It’s a pillar of your health and an accurate indicator of it, too. But proper digestive health doesn’t require rocket science. Eat the right foods. Cut back on sugar, flour, animal protein, and low-grade oils (safflower, corn, palm, canola and friend foods). Get plenty of soluble fiber. And that’s all there is to it. Simple. The best part? After just a few days, you’ll find that your digestive system is getting stronger, reflected by everything else in your body getting stronger, too. Most notably, you'll feel more energy. Give the protocols we’ve covered a “go” for one month and I can assure that you’ll find the impact anything but subtle.

And did you know that digestive health is a big part of what Infinity Greens is dedicated to? The included probiotics and enzymes are building blocks for a healthy gastrointestinal system, like we've talked about. The soluble fiber from the sprouted flax and chia seeds, too. And don't forget the nopal cactus which soothes the walls of the large intestines. These symbiotic ingredients are also an important factor for maximizing the benefits of the other superfoods included in Infinity Greens. And that's just part of it.

But remember, the key to getting the most benefit from Infinity Greens, and all Infinity Superfoods, is consistency! Using Infinity Greens every day in your morning smoothie is how it all adds up to achieve the guaranteed benefits of a better You!

Since 2001, the therapeutic power of the Infinity Superfoods has greatly enhanced the health of many thousands of people, and now more than ever, these superfoods are meeting a very important need. If you've had the opportunity to experience the guaranteed results of the Infinity Superfoods when used on a consistent basis then share them with other people since naturally they will receive the same awesome benefits that you have.

Yours truly, and at your service always,
Billy 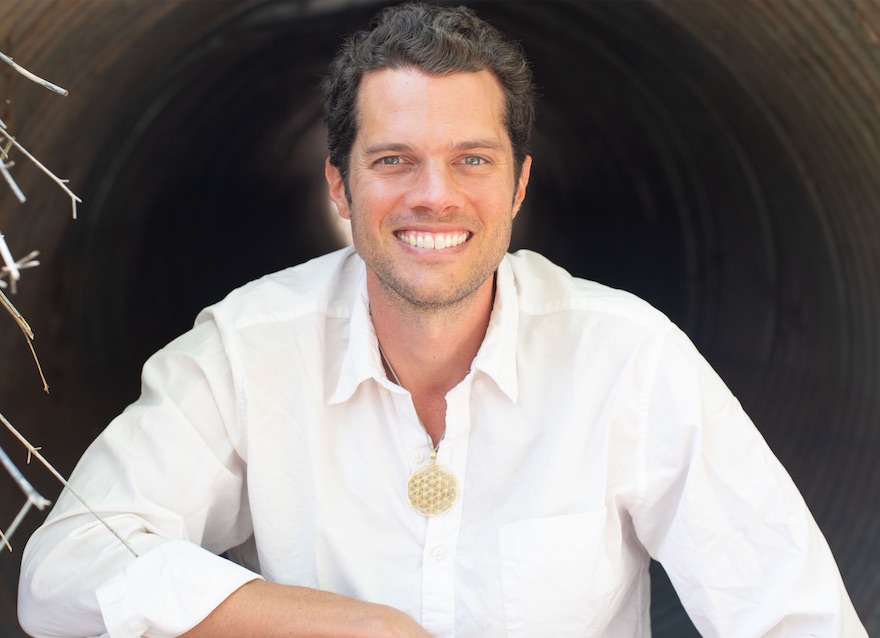